When I got up this morning, it was 39 degrees, cloudy, and windy, with the sun blinking on and off like a neon sign. The day was inducive for drinking coffee and reading blogs with my little Puppy Girl squeezed in next to me on the recliner keeping me nice and cozy.

February was a fast month. This post will act as a month-end record both for photography, and WOTY. My Word of the Year is CURATE. The purpose is for me to curate and create order, functionality, education, and beauty in my life.

I spend a lot of time walking especially when the weather is not too windy and cold. I tried a bit of yoga this month and found that is still a bit difficult with my torn meniscus. I was good for a few days about doing push-ups on the wall, but do you know HOW boring that is? Walking is much more pleasant. Sadly, I only walked about 50% of my goal of 7,000 steps a day.

It’s only an hour’s drive, so we spent our Dateversary, February 11th, in Sedona. We gasp every time the red rocks first come into view. On this day the sun sparkled on the silvery trees, and the wind chimes sang gently. Our walk consisted mostly of ambling through Tlaquepaque Shopping Center. Vince was still weaker than normal after three weeks of Omicron.

Cutting down on walking meant more time to read. My total came to five books, which I’ve already shared. Also included was one Kindle book, Apprenticed To My Mother: A Memoir Of Barbara Le Pard 2005 to 2010 by Geoff LePard.

Geek Squad transferred them from a non-working external hard drive formatted to my Macbook Pro to a new larger drive.

Last month I spent hours and hours curating photos from my three drives. Thousands of pictures and documents from One Drive both on and offline – GONE! For some reason, my computer jams up with temporary files when I use this drive.

Most of my pictures from my iCloud drive are labeled and sorted into years. These I kept intact deleting only the really awful pictures.

Finally, I reorganized my new hard drive which had multiple copies of photos including a couple of very important trips that I had somehow deleted or never had from both of my other drives. By the end of the year, I will be able to sort by keywords in Bridge and have hundreds of pictures show up for any challenge. LOL

Using my new phone app I also added many old family photos from both mine and Vince’s collections. This was the primary reason I didn’t walk quite so much. I was busy curating.

Another reason I couldn’t walk for a few days was due to the weather. We enjoyed our first real snow of the year. Since the condo landscapers didn’t come to clear the sidewalks, Vince and our neighbor, Scott shoveled and salted the sidewalk so that I wouldn’t fall. Isn’t that the kindest thing ever?

A few days later I had a shoveling spree of my own. I did our parking space, in front of all the garages in our four units, and part of the sidewalk by the street. I sent a whiny text to our condo president’s wife and my good friend, Kathy. The next day either the HOA or City did their job and cleared the rest of the street sidewalks in front of our condos.

I know one man slipped and fell twice in the slush. I don’t think he was seriously hurt because he walked home, but with so many older people living in “them thar hills,” the city and HOAs need to clear sidewalks the same day they clear streets.

Some people don’t like statistics, but as flawed as they are, they present a picture to help analyze what is working or not. I loved this post that Sadje posted when she reached 5,000 followers.

“Though I feel the stats aren’t that accurate or that important but let’s be honest here. It gives a kick to read the number; 5004.”

As part of the curating process, the curator puts their organization to good use. For me, that is blogging. In January and February, I had nearly record numbers of views and views per visitor since they dropped from September through December during my recovery months. I published 10 fewer posts in February than January but had about the same number of views.

Almost 100% of visitors left likes and there were nearly as many comments as visitors, although at least half of those were mine. Even so, YOUR engagement is what keeps blogging interesting. Photographing Public Art Challenge, Sunday Stills, Writer’s Quotes Wednesdays (Romance) and Story Chat had the most views for February month although there were others close behind.

Each of these blogs had the same number of total clicks for the month. These were the click leaders for each of their blogs.

Do you have an accountability post for February? The challenges I listed above are good ways to highlight them and are reasons to write them. You’ll be glad you did. Happy blogging. Now March onward! 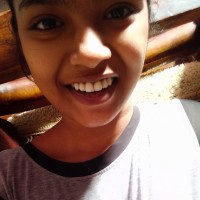