Don’t Miss These Movies If You Love Biographies

These two movies inspired me this past week to dig deeper and find the “so what” factor as I write my fiction book. All inspiring books, whether fiction or non-fiction, as these are, connect us to the story that matters. 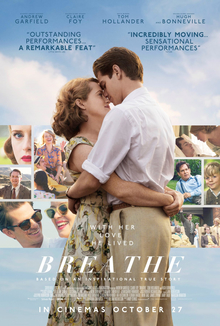 Breathe, produced in 2017, documents the love story between Robin and Diana Cavendish. Robin had everything going his way until he was struck with polio at age 28 that paralyzed him from the neck down. The doctors generously gave him three months to live. Armed with nothing more than a wife who loved him, he beat those odds, and revolutionized the treatment of paralyzed patients and traveled the world in a chair with his respirator attached. Jonathan Cavendish, the couple’s son, a film producer captured the drama, adventure, and romance that his parents created around them as they celebrated their lives together.

Hidden Figures, an award-winning 2016 movie, much like the film, Help, takes the viewer behind the scenes during the Civil Rights era. Three black women effectively contributed to John Glenn’s famous orbit of the earth. Each of the three women in the film portrayed brilliance, both recognized and unrecognized at the same time. All three characters illustrated how difficult it was to work at an equal level to men and to whites in those days. Their strength of character, patience, and brilliant performance in their jobs eventually won them the respect they deserved. The Inquisition by her white, male supervisor in front of an all-male staff of what mathematician, Katherine Goble did in the bathroom for forty minutes epitomized the tough conditions the women endured. Her answer was priceless and changed the way NASA treated its workers.

What movies and books inspired you this week?