Myth and Magic by Mae Clair a Pressed A+ Book Review

Myth & Magic featured on Bookin’ It

written by Mae Clair on her personal blog, Bookin’ It. Mae also wrote A Thousand Yesteryears.

You can read Marcia’s review of A Thousand Yesteryears

on Marcia’s blog as well.

“As children, they played games of myth and magic . . . .” An old inn with a mysterious past. Ladies in white, ghosting through the trees.Unexplained sobbing noises during the dead of night. Strange happenings, all, and the quest to understand who–or what–is trying to drive guests away from Stone Willow Lodge is at the heart of Mae Clair’s shivery romantic suspense novel. 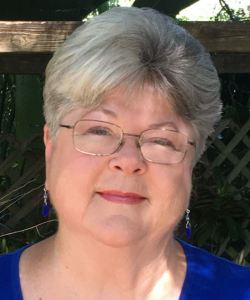 Marcia Meara lives in central Florida, just north of Orlando, with her husband of over thirty years, four big cats, and two small dachshunds. When not writing or blogging, she spends her time gardening and enjoying the surprising amount of wildlife that manages to make a home in her suburban yard. At the age of five, Marcia declared she wanted to be an author and is ecstatic that at age 69, she finally began pursuing that dream. Three years later, she’s still going strong, and plans to keep on writing until she falls face down on the keyboard, which she figures would be a pretty good way to go!

Marcia has published six books to date, all of which are available on Amazon in both print and Kindle format:

You can reach Marcia via email at
marciameara16@gmail.com

Take a look at the six books Marcia wrote as well.

If you have a post you would like me to repost here, email me at tchistorygal@gmail.com or leave me a comment. Always Write is an Amazon affiliate.

DON’T FORGET TO SIGN UP FOR MY NEWSLETTER AND A FREE BOOK, SO YOU THINK YOU CAN BLOG?