I spent all morning learning about landing pages, a very frustrating experience to say the least. It was so frustrating it was hilarious. So I blogged about it. Then guess what I did? 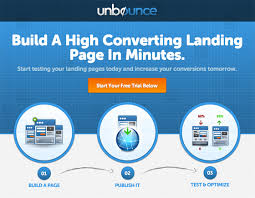 I don’t know. Honestly I don’t!  After getting up at 4:30 this morning, going to exercise at 8:00 and returning to spend over two hours writing a post and trying to learn how to create a landing page, I was so frustrated that I clicked save on my completed post and went in to shower. I had planned to pass out Woodlake magazines this morning, and my morning flitted by on a landing page. The picture below is what mine looked like after about two hours. Actually it still looks like that.

After I showered and tried to call to get a key to the new Woodlake Chamber office where the magazines are, I realized that no one is there to give me a key. It’s President’s Day.  I’m not ready for another holiday!

So I went back to my post, which I had closed out after I saved it. IT WAS GONE! Two hours of back slapping humor, lying in a puddle of e-tears on nobody’s server. How could that be? I know I saved it. Now it’s not even funny.

So how are you spending your President’s Day holiday?