Improve Your Novel With Physical Exercise

It takes me about 2 hours to write a chapter which averages 1,300 unedited words per chapter so far.  For two hours I barely move a muscle except my fingers, which are flying.  In Avila I had a routine of answering emails for 2 hours in the morning, walking for 3 hours or about 8-9 miles, then writing two chapters in the afternoon and evening with just a little walking in between the two.  I didn’t do any strenuous exercising.

About 2 months ago I hired a personal trainer, S.M.A.R.T Fitness, in Visalia, CA to help me get in shape in lose weight.  They are not paying me to advertise for them, but what a great experience it has been!  I go three days a week at around 10:00 each morning, so I have been able to keep my routine of answering emails and comments in the morning and taking care of CCSS business before I go out. 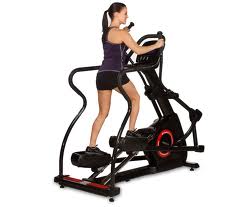 I arrive around 10:00 and get on one of the cardio machines.  I like to start with the  elliptical machine for 10 minutes.  By the time I finish, I look pretty much unacceptable to go anywhere but home.  If my hair had been combed to start, it’s wet and curly by the time I’ve done 10 minutes.  Then I finish the half hour “warm”-up – really that’s a “burning hot”-up on a stationary bike.  That machine has a fan on it.

After I’m exhausted already, Dan or Eddie is ready for me, and they are the most wonderful trainers I’ve ever had.  Don’t tell them that.  I tell them both that they are mean, and they are.  What is wonderful is that they customize the workout to what I need, but didn’t know it.  Yesterday Dan had me doing push-ups.  I can’t do push-ups.  I couldn’t do them when I was 15, and I still can’t.  Can’t is not in their vocabulary, so they cheat.  Dan wrapped a belt around my middle.  I put my hands on a big tire, stretched my legs behind me and spread them for balance.  The first time I lowered myself about an inch toward the tire, and he had to pull me up with the strap.  After about 4 puny starts, I started trusting him to be able to pull me up so I wouldn’t fall flat on my face when I went down.  I went all the way down to the tire.  He still had to pull me up, in fact we had to stop and put on a wider strap because the narrow one dug so hard into my belly, but I actually got down by myself.  Of course, he told me that I did it.  I know he cheats, but it’s ok.

Eddie worked on stretching my legs one day.  I thought I was going to die.  Really.  My legs don’t stretch.  I can put them up at a 90 degree angle with great pain.  He rested my heel on his shoulder, cupped just above my knee to keep it straight, and gently pushed my leg forward until I yelled 8/10 on the pain scale.  What I meant was 11, but ok, I settled at 8, and he held it there for about 2 minutes, I think.  I couldn’t breathe it hurt so badly, but pretty soon, I was breathing deeply in and out, and I could feel my leg becoming more comfortable until the main level was 0.  Then he moved my heel, just slightly and the pain came back, but it was bearable.  He did some more horrible things to my legs before letting me up, but amazingly, the next day I wasn’t even sore.  That was a couple of weeks ago.  The next time he did it, he could actually move my legs much farther, and much easier without so much pain.

Picture this with a whole lot more pain, and 90 degrees not 45.

In the month or so I’ve gone there irregularly I’ve lost 5 pounds, and I feel great.  I know that the great amount of sitting that I’m doing isn’t quite as harmful as it would be if I weren’t exercising.  I no longer have sciatica nerve problems like Steinbeck had because he wrote so many hours a day.  I get out with people, sometimes seeing people I know.  I’ve made new friends and been inspired by what they are doing with their bodies.  For many it is almost like physical therapy.

After an hour of torture with Dan and Eddie, I  drive home, have lunch, and settle in our little trailer to write for two hours.  I go to that place because it was so successful while I was in Avila.  It is quiet.  I take my cell phone, but not my home phone, and Puppy Girl and I go out and sit for 2 hours.  She either sits behind my back, beside me, or puts herself to bed. 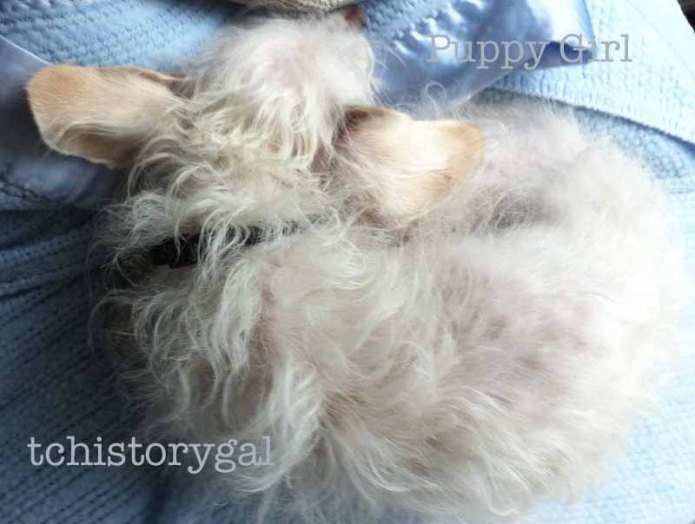 After about 2 hours of writing, then we go for a 2 or three-mile walk to loosen up again.  I haven’t been able to write two chapters a day while I’ve been home, but that’s ok because I got such a great head start while I was in Avila.  My characters are coming along meeting all kinds of challenges.  It’s a fluffy chick flick kind of romantic book since I am going to get it done in one month, but I’m loving it.  Two of the three women are now in love, and there have been some romantic love scenes, even.  By romantic I mean mostly dialogue, in which the guys say all the right things (of course-it’s a chick flick not a guy flick).  I’m not too graphic, so you all will have to use your imaginations.  I even think my mother would have enjoyed it.  That’s a little bit of understatement sarcasm.  My mom lived on romantic novels.  I had so many of them when she died, I didn’t know what to do with them.  They have no economic value, trust me.  But I digress from the value of exercise on improving your novel-writing.

Exercising gives me time to talk about my book with others and see what they think of it, or imagine the next scenario.  Today I recited the plot to my friend Sally as we walked several miles.  That was fun, and we both walked a little longer because it took a while to tell the story.  I saw my friend Bev, who I hadn’t seen in years, at the gym, and told her that the story is partially set in her condo at the coast.  That was fun.  Dan, my trainer, didn’t even know I was writing a book, so I had a chance to casually market it even before it’s written.  Not that Dan is EVER going to read a chick flick romantic kind of book, but it surprised him that I was writing something.  It’s always nice to surprise your trainer.  They are always surprising you with some new torture.  Uuuuuuuggggggg!  GRUNT REAL LOUD – It makes the trainers take it easier on you because they think you’re at your limit.  I cheat too!  hehehe

My conclusion is that exercise is essential to writing.  People tell you stories that you might end up using in your story or in another story, and you feel better and stronger.  You have a chance to interact with folks, and tell them what you are doing, and so far people have been surprisingly interested, and it’s just a chick flick.  Just think if I was writing an amazing historical fiction!  Maybe next time!  🙂 5-6-7-8, just two more.  Give me one more.  Oooh, I’m SO SORE!  (But my fingers are unscathed and happy!)  🙂

You can go to their Facebook page and see all kinds of videos.