I love a good mystery, and these Eastern/Midwestern setting, Susan Hunter mysteries are all fun and “easy breezy” reading.  I’m writing one post about several of these books for several reasons.  First and most obvious is that they are all mysteries.  Secondly, they do not fit the profile of being literature that I would recommend for English teachers aligning with the Common Core standards which support reading primarily non-fiction materials.  Third, I do feel that they are worth reviewing because they are fun to read.  I was going to also include Bill Noel’s Folly Beach Mysteries in this post, but I can tell by reading to the bottom of what I’ve already written so far that I will lose Meme if I do that.  I’m already waxing wordy.

Maddie Cochere is a blogging friend whose website and gravitar introduce you to her adorably lovable protagonist, Susan Hunter.  If Legally Blond had not already been written and produced, I think Maddie could have written the script, and made it even better than it already is.  While Susan is blond, we readers don’t know whether she’s legal or not, but the assumption is that she is striking both on and off the racquetball court.  By the way, for those non-players like me, who have trouble spelling, what’s with the cqu, for heaven’s sake?  What’s wrong with “racket” being spelled “racket.”

What makes tight-muscled Susan Hunter bearable, since all she does is shop for name brand clothes without having a name brand type job, eat fattening foods, play racquetball better than any man, seldom cries when she gets hurt, attracts every man in a town the size of New York City, and doesn’t have sex with her boyfriend in the first two books, is that she is unbelievably clumsy.  She falls in the mud, dives into the ocean and one breast pops out, has a pitcher of beer spilled down the front of her name brand blouse without getting mad, and gets her tennis shoe (with her foot in it) caught in the mouth of a shark.  Autty, you’d like that!  Those are just a few of her escapades.  Oh yes, and she helps catch bad guys, too.

When I was a pre-teen I read Trixie Beldon and Penny and Pam mysteries.  Penny and Pam had lots of fun with boys AND they were smart, and they single-handedly convinced me that I should be a journalist if I wanted to have fun and lots of boyfriends.  I took 4 years of journalism because of the twins.  OK, I was legally blond.  If I were 13 instead of 61, you can bet I’d be begging my mom to buy me a raCQUetball racquet, and cute outfits in which to play.  I would try not to cry when I got hit with a ball going 100 mph, but I’m not sure that even Susan could convince me that didn’t hurt.

The moral is, Marsha, move away from the shopping center, stay out of the gym.  Don’t even think about buying a racquetball racquet.  Don’t try eating more mac and cheese shrimp dishes than the 300 pound man at the bar.  And remember, Mick loves Susan, so don’t moan over him another minute.  You have a perfectly wonderful husband, and really, you don’t look 25 going on 16.

So if you’re ok with all those kinds of goings on – even if you are 61, and you want to know how people younger than that think about romance these days, give Susan Hunter mysteries a go.  I bought four of Maddie’s books for my Kindle, and I’ve breezed through the first two of them.  They are as promised, “easy, breezy.”  If you want to buy something for your grandchildren that isn’t filled with bad language and graphic sex scenes.  then I would recommend Maddie’s Susan Hunter series.  I only wish I’d written them.

By the way the first book is free right now on Kindle if you go to the Amazon site.  You can’t beat that!

One more by the way, then I’m going to have to publish this and get to a retirement dinner for a friend, I looked for a picture of Maddie online under images.  This one was there, and since you all know that I love this picture, I’m going to post it.  Click like on my FB page if you know who this really is.  Maddie, I’d love to post your real picture, but …  can you beat this one?? 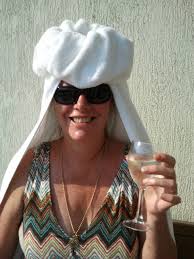