Visited by thousands of readers in more than 155 countries around the world, LetsBeWild.com is all about getting people outside – the great outdoors is where it’s at when it comes to having fun & living life to the fullest!

Our Wild Weekly Photo Challenge encourages bloggers to head into the wild (or the backyard) and photograph something that they feel fits the weekly theme. Once you’ve posted your blog entry, comment on the Challenge theme that you’re entering with the link to your post! Each week we choose one first place winner, one audience choice winner, and five honorable mention winners. Be sure to read the simple rules in each challenge to make sure your entry qualifies!

While this is not an ocean beach, Bravo Lake now has a sandy beach front because the water level is down as low as I have ever seen it.  A few days ago Vince and I walked around Bravo Lake.  We took a couple of hours to go three miles, but I came back with 75 pictures.

So what do you do with 75 pictures of Bravo Lake added to 150 of San Francisco, and 9,000 other pictures I’ve taken since I started blogging?  Some, maybe even most of them are good. I doubt that any of them are great in every way I can think of that a photograph might be great:  subject, composition, lighting, and processing.  I had lunch yesterday with my photography friend, Laura Malmquist.  She showed me some of her prints, and I showed her some of my pictures on the computer.  She suggested that I print some of my pictures.  She said they look more impressive in print.  Hers sure looked impressive.

She had some other advice for me.

That was about it.  Beyond that it’s practice, practice, practice.  OK that’s where you come in.  You already know that about me.  I like feedback.  In my opinion it’s more than my opinion that counts!    I picked out one picture that I really liked on which to experiment.  Vince and I talked about it half way around the lake once we could see where the Kaweah River was emptying into Bravo Lake.  During the high times of the lake, it isn’t visible.  But this lake is used for flood control, and now when snow is melting in the mountains they authorities let the water out of Kaweah Lake, which is dammed.  We thought that the best shot would be looking toward the sunset from the bridge over point where the river entered the lake.  So what do you think, was this a good shot in the first place?

My second question to you is, if you were going to print just one of them to try to sell, which one would YOU print?

This is how Bravo Lake gets its water, Kaweah River. 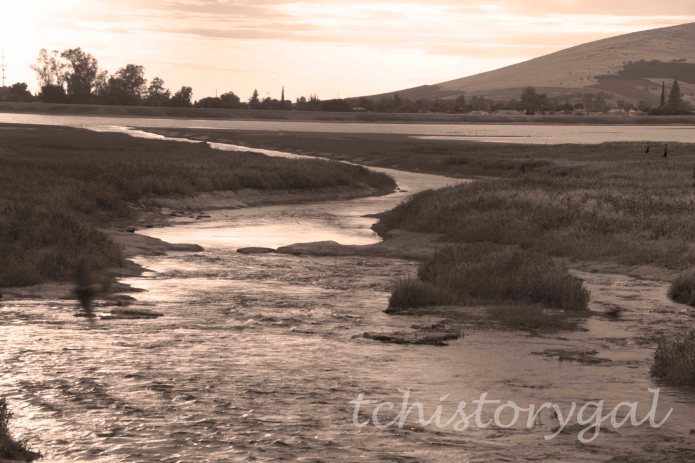 Once upon a time…  (last week)

3.  The cropped color adjusted sky with cloned in tree tips because the color turned the trees the wrong color. 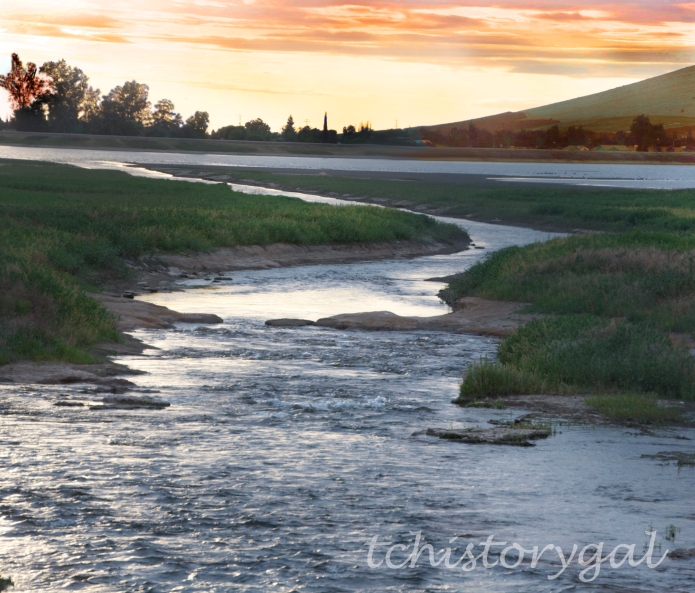 You can actually see the meandering path that the Kaweah River makes as it empties into Bravo Lake.  It might be better if a huge fish had jumped into my picture, or a bird had swooped down and caught a fish.  Maybe a kid on an inner tube floating dow the river.  I’m just glad there wasn’t a spare tornado lurking around one of the hills.  While that would make the picture more interesting, there are some limits to how much interest a person needs in life.  I don’t mean to take the Oklahoma disaster lightly, I hate that it happened.  At the same time I would be less than honest if I was not thankful that it did not happen here.

That being said, if you would like to donate to the victims of the Oklahoma disaster, and haven’t already done so, I’m attaching a button to my sidebar, and at the end of this post that will take you to a first responder.  Vince and I decided to give to Salvation Army  because according to my husband who works with our local group, a very high percentage of the money raised goes to victims. 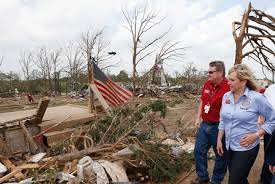